In Arabic, “Meydan” suggests a place to congregate and compete; since 2010, the course’s mile-long grandstand has accommodated over 60,000 people, and is considered the world’s longest single structure.
The $10 million race had also been the world’s richest, until it was usurped this year by the Pegasus World Cup. The new Florida event broke all records in January, offering a $12 million prize purse and $7 million for the winner, Arrogate.
But Sheikh Mohammed, vice-president of the United Arab Emirates and ruler of Dubai, is not one to be upstaged.
“I always want to be one step ahead,” he told CNN’s Winning Post show from the winner’s enclosure on Saturday, after the unparalleled Arrogate had romped to victory once again. 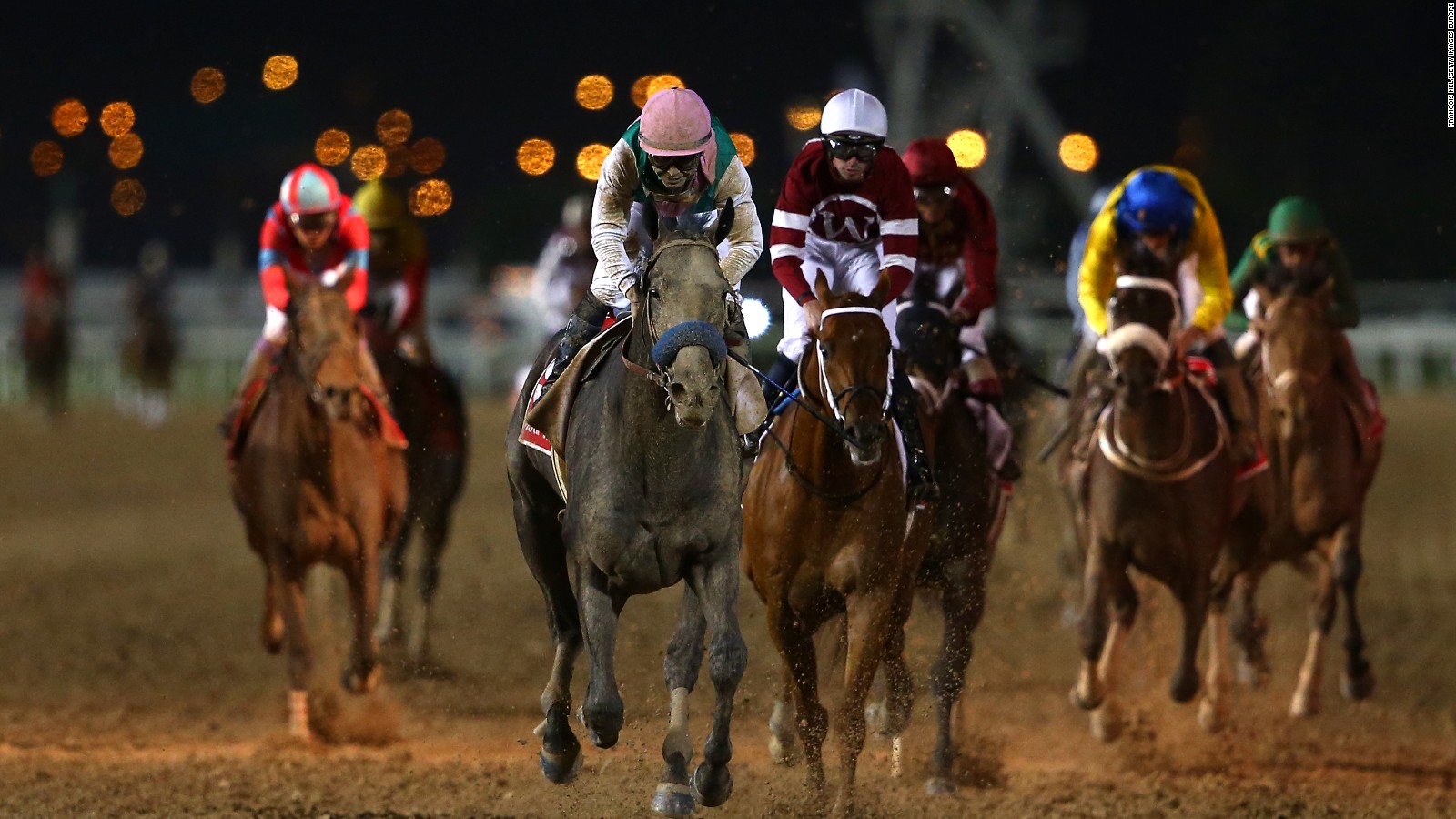 “I am always optimistic, and we want to be No. 1. I’m meeting with my people to be No. 1.”
Asked to confirm whether plans were afoot to regain the race’s status as the most valuable on the planet, his reply was emphatic.
“Definitely,” Sheikh Mohammed said. “The future I think is open. We have a vision and we dream for that.
“We will put into place plans to improve the Dubai World Cup.”
Records are made to be broken. This time last year, Arrogate hadn’t even set foot on a racecourse.
After Saturday’s “amazing” Dubai World Cup Classic, the four-year-old colt has won $17 million in prize money — more than any other horse in racing history.
He came to the UAE as the world’s No. 1-rated racehorse for 2016. 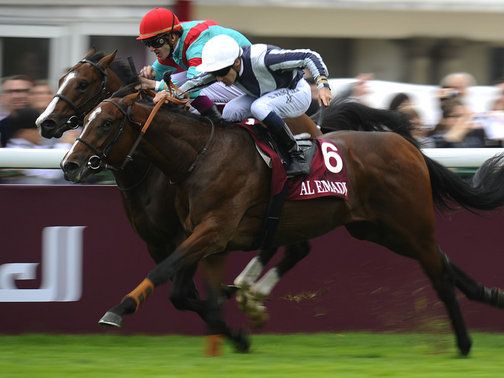 Winning jockey Mike Smith had to come from the very back of the field, but did enough to guide the Bob Baffert-trained Arrogate to a seventh straight victory and a cool $6 million.
It was everything Sheikh Mohammed had hoped for when the Dubai World Cup was no more than a distant vision.
“I am very very pleased and honored to have all these people, our guests, and all these good horses coming together here,” he said.