The young designer merged paper, silk and cotton to form hybrid materials that oscillate between two and three dimensions and sit somewhere between garment and sculpture. 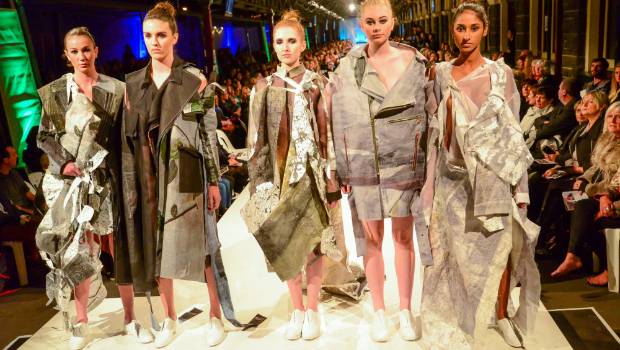 There was this amazing dichotomy of opposing states – fluid but structured, flat and 3D, technological yet handcrafted. She used references that we all know – the biker jacket, the trench coat – and then she makes them new.”

Second place ($4000) went to Lila John of the University of Applied Arts in Vienna, Austria, and third ($2000) to Paul Castro from Melbourne’s RMIT.

The Kiwi contingent didn’t leave empty-handed, with two students from Wellington’s Massey University also scooping awards – Tess Norquay for the Award for Excellence in Design worth $3000 (including $2000 worth of fabric) and Megan Stewart for the Editorial Prize for best New Zealand collection.

Among the crowd-pleasers on the night were Victoria Bliss of RMIT’s entry, which gave a strong nod to Scottish heritage, with thistles replacing florals, draped tartan and a contemporary take on the sporran, while University of Sydney student Zhuxuan He delighted the audience with his bright and bouncy 3-D honeycomb designs.

The judging panel, made up of Carlson, NOM*d’s Margi Robertson, Marc Moore from Stolen Girlfriends Club, Australian fashion editor Georgina Safe, and iD’s international guest for 2017, Paulo Melim Andersson, agreed that the standard of the 30 finalists at this year’s event – selected from more than 150 entries from 18 countries – was very high. 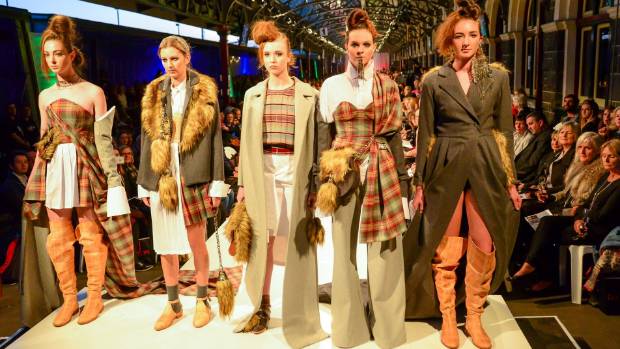 An overriding focus of the designers was on the ocean with aquatic inspired collections and a renewed focus on sustainability.

Andersson, who has designed for international designers such as Chloe and Marni and will show a collection of his own pieces at the weekend runway shows says, “All of the collections are a result of research and a commitment to new ideas.”

“There was little evidence of international referencing and instead each finalist created their own vision in a collection that was fresh, unique and original,” says Andersson.